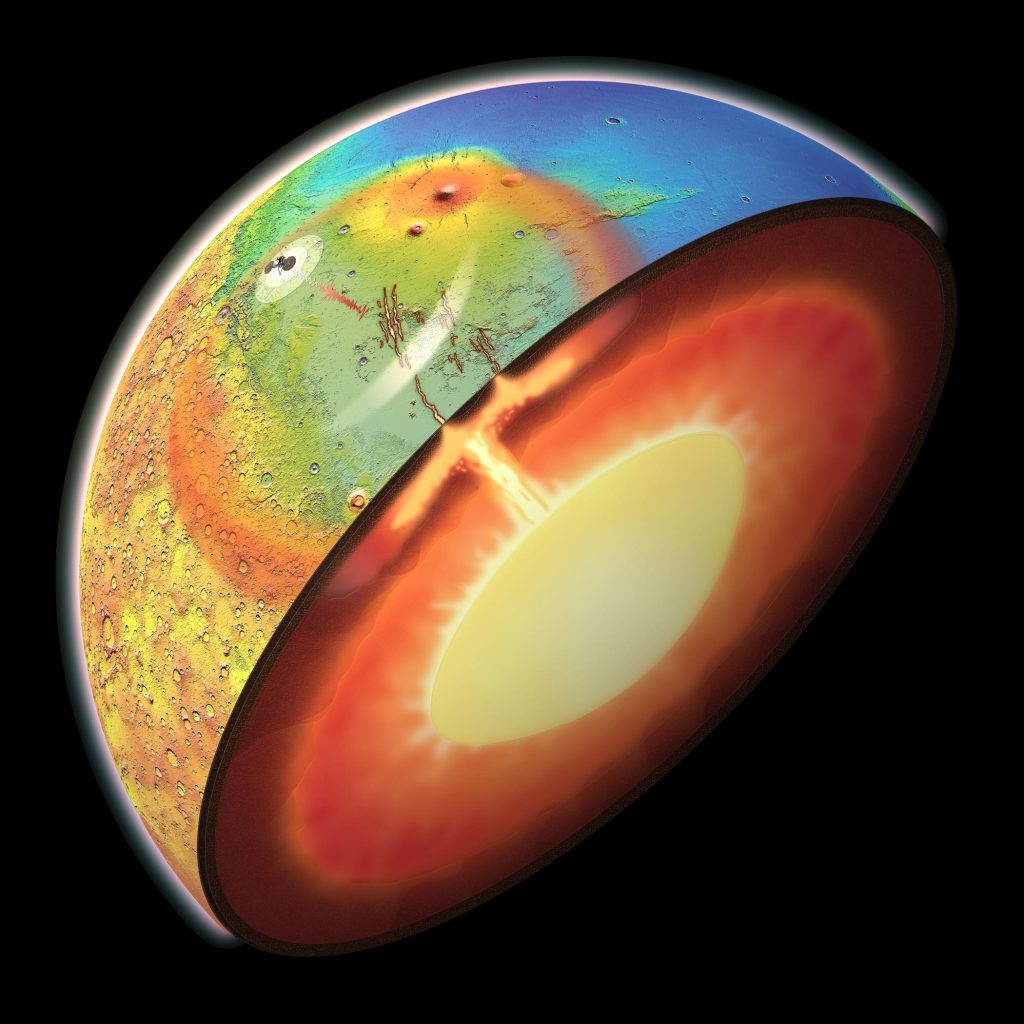 On Earth, shifting tectonic plates reshuffle the planet’s surface and make for a dynamic interior. Due to the absence of such processes on Mars, many thought of it as a dead planet, where not much happened in the past 3 billion years.

Scientists from the University of Arizona challenge current views of Martian geodynamic evolution with a report on the discovery of an active mantle plume pushing the surface upward and causing earthquakes and volcanic eruptions. The finding, which was published in the current issue of the journal Nature Astronomy, suggests that the planet’s deceptively quiet surface may hide a more tumultuous interior than previously thought.

“Our study presents multiple lines of evidence that reveal the presence of a giant active mantle plume on present-day Mars,” said Adrien Broquet, a postdoctoral research associate in the UArizona Lunar and Planetary Laboratory (LPL) and co-author of the study with Jeff Andrews-Hanna, an associate professor of planetary science at the LPL.

Artist’s impression of an active mantle plume – a large blob of warm and buoyant rock – rising from deep inside Mars and pushing up Elysium Planitia, a plain within the planet’s northern lowlands. Credit: Adrien Broquet & Audrey Lasbordes

Mantle plumes are large blobs of warm and buoyant rock that rise from deep inside a planet and push through its intermediate layer – the mantle – to reach the base of its crust, causing earthquakes, faulting and volcanic eruptions. The island chain of Hawaii, for example, formed as the Pacific plate slowly drifted over a mantle plume.

“We have strong evidence for mantle plumes being active on Earth and Venus, but this isn’t expected on a small and supposedly cold world like Mars,” Andrews-Hanna said. “Mars was most active 3 to 4 billion years ago, and the prevailing view is that the planet is essentially dead today.”

“A tremendous amount of volcanic activity early in the planet’s history built the tallest volcanoes in the solar system and blanketed most of the northern hemisphere in volcanic deposits,” Broquet said. “What little activity has occurred in recent history is typically attributed to passive processes on a cooling planet.”

The researchers were drawn to a surprising amount of activity in an otherwise nondescript region of Mars called Elysium Planitia, a plain within Mars’ northern lowlands close to the equator. Unlike other volcanic regions on Mars, which haven’t seen major activity for billions of years, Elysium Planitia experienced large eruptions over the past 200 million years.

“Previous work by our group found evidence in Elysium Planitia for the youngest volcanic eruption known on Mars,” Andrews-Hanna said. “It created a small explosion of volcanic ash around 53,000 years ago, which in geologic time is essentially yesterday.”

This image taken by the European Space Agency’s Mars Express orbiter shows an oblique view focusing on one of the fractures making up the Cerberus Fossae system. The fractures cut through hills and craters, indicating their relative youth. Credit: SA/DLR/FU Berlin, CC BY-SA 3.0 IGO

Volcanism at Elysium Planitia originates from the Cerberus Fossae, a set of young fissures that stretch for more than 800 miles across the Martian surface. Recently, NASA’s InSight team found that nearly all Martian quakes, or marsquakes, emanate from this one region. Although this young volcanic and tectonic activity had been documented, the underlying cause remained unknown.

On Earth, volcanism and earthquakes tend to be associated with either mantle plumes or plate tectonics, the global cycle of drifting continents that continually recycles the crust.

“We know that Mars does not have plate tectonics, so we investigated whether the activity we see in the Cerberus Fossae region could be the result of a mantle plume,” Broquet said.

Mantle plumes, which can be viewed as analogous to hot blobs of wax rising in lava lamps. give away their presence on Earth through a classical sequence of events. Warm plume material pushes against the surface, uplifting and stretching the crust. Molten rock from the plume then erupts as flood basalts that create vast volcanic plains.

When the team studied the features of Elysium Planitia, they found evidence of the same sequence of events on Mars. The surface has been uplifted by more than a mile, making it one of the highest regions in Mars’ vast northern lowlands. Analyses of subtle variations in the gravity field indicated that this uplift is supported from deep within the planet, consistent with the presence of a mantle plume.

Other measurements showed that the floor of impact craters is tilted in the direction of the plume, further supporting the idea that something pushed the surface up after the craters formed. Finally, when researchers applied a tectonic model to the area, they found that the presence of a giant plume, 2,500 miles wide, was the only way to explain the extension responsible for forming the Cerberus Fossae.

“In terms of what you expect to see with an active mantle plume, Elysium Planitia is checking all the right boxes,” Broquet said, adding that the finding poses a challenge for models used by planetary scientists to study the thermal evolution of planets. “This mantle plume has affected an area of Mars roughly equivalent to that of the continental United States. Future studies will have to find a way to account for a very large mantle plume that wasn’t expected to be there.

“We used to think that InSight landed in one of the most geologically boring regions on Mars – a nice flat surface that should be roughly representative of the planet’s lowlands,” Broquet added. “Instead, our study demonstrates that InSight landed right on top of an active plume head.”

The presence of an active plume will affect interpretations of the seismic data recorded by InSight, which must now take into account the fact that this region is far from normal for Mars.

“Having an active mantle plume on Mars today is a paradigm shift for our understanding of the planet’s geologic evolution,” Broquet said, “similar to when analyses of seismic measurements recorded during the Apollo era demonstrated the moon’s core to be molten.”

Their findings could also have implications for life on Mars, the authors say. The studied region experienced floods of liquid water in its recent geologic past, though the cause has remained a mystery. The same heat from the plume that is fueling ongoing volcanic and seismic activity could also melt ice to make the floods – and drive chemical reactions that could sustain life deep underground.

“Microbes on Earth flourish in environments like this, and that could be true on Mars, as well,” Andrews-Hanna said, adding that the discovery goes beyond explaining the enigmatic seismic activity and resurgence in volcanic activity. “Knowing that there is an active giant mantle plume underneath the Martian surface raises important questions regarding how the planet has evolved over time. “We’re convinced that the future has more surprises in store.” 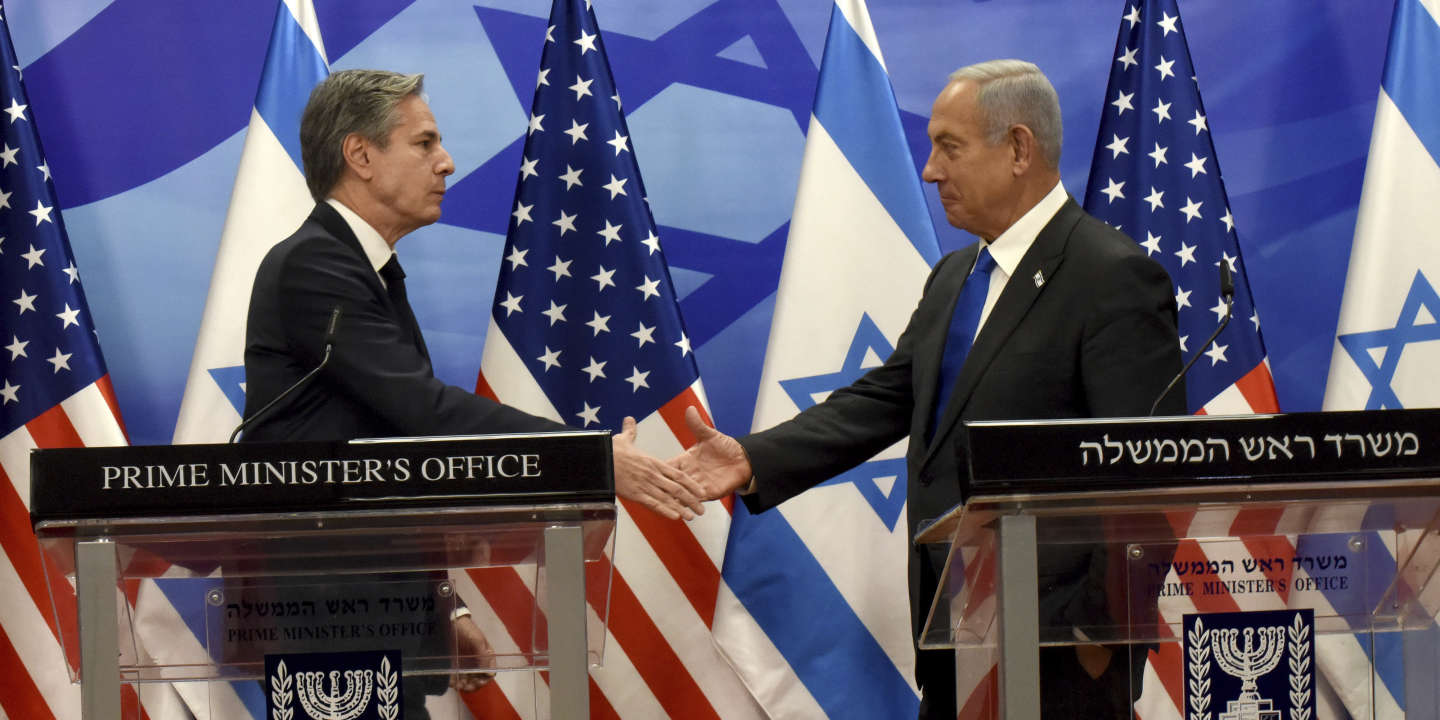 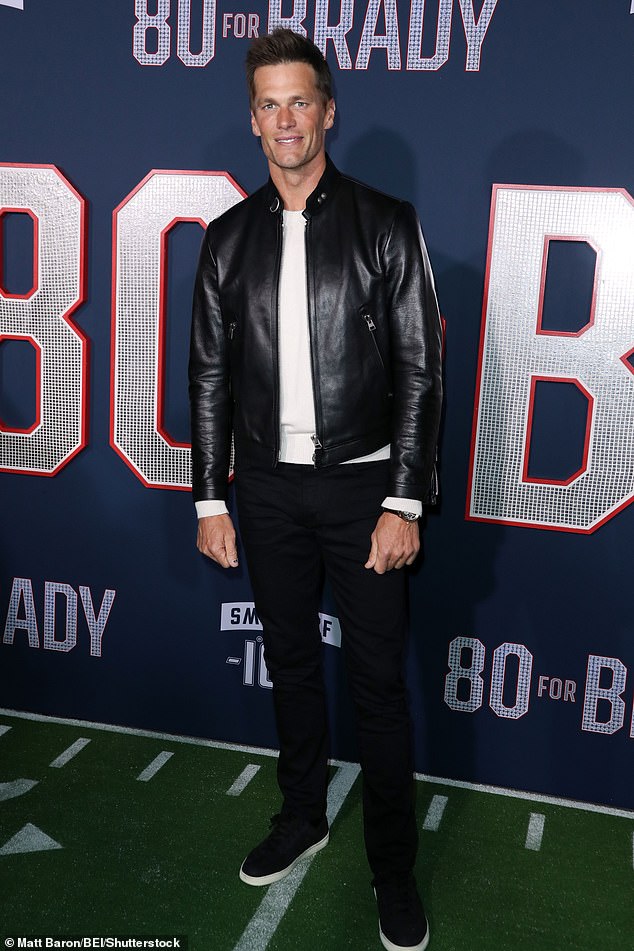